Over the Border: Councils clash over Dunton Garden Village project 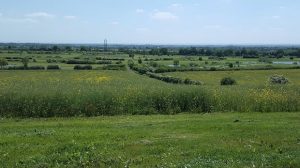 BRENTWOOO Borough Council has been told its long term housing plan lacks “transparency” by Basildon Council, which has included its significant concerns over major housing plans for Dunton.

Among the key issues arising from the Brentwood local plan – that sets out where 7,752 new homes should be built between 2016 and 2033 – is Basildon’s concerns that a “majority of evidence were not published during much of the plan preparation, creating a lack of transparency”.

Centre to Brentwood’s local plan is provision for up to 4,000 homes, 2,750 of which have been allocated within the plan period on land on the border of Basildon.

The Dunton Hills Garden Village project, which will also deliver an all-through school, other primary schools, green pathways, employment opportunities and healthcare facilities, is believed to be of concern to Basildon due to the level of infrastructure required.

But Basildon has long had concerns about the plan for housing south of the A127, which many see as a neat way to meet its housing allocation targets without having the added complication of voter hostility toward housing in their own patch.

Additionally, the council expressed concerns about whether Brentwood has adequately assessed infrastructure needs and questioned how the plan has taken account of the Lower Thames Crossing, schools, transport and business needs along the A127 corridor.

Essex County Council (ECC) has also raised its own concerns about the plans overall, citing gaps in the transport evidence base to cover Dunton Hills Garden Village and Brentwood Enterprise Park, a large modern industrial site at Junction 29 on the M25, where the A127 meets it.

ECC has said it is unclear how access can be achieved directly from J29.

“BBC and ECC need the confidence, and assurance that it can identify up-front the required developer funded transport mitigation measures,” ECC has said.

“The spatial strategy places a reliance on the provision of the two largest strategic sites (Dunton Hills and Brentwood Enterprise Park) along the A127 whilst there is a lack of clarity on the transport impacts and the necessary supporting transport infrastructure requirements.”

BBC has said it plans to include responses as part of the submission materials.