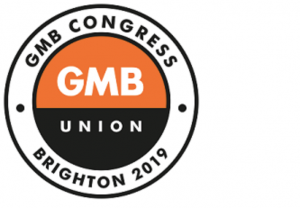 FOR years, care has been treated as a Cinderella service says GMB Union

Social care in the East of England has a ‘disastrous’ staffing ‘black hole’ with almost 10,000 vacant posts, new figures released by GMB, the union for care workers, reveal.

The figures, which were obtained by the union from Skills for Care, show there are 9,600 care vacancies across the region.

The statistics emerge as GMB today calls on TUC Congress, in Brighton, to support GMB’s campaign for sectoral bargaining, pay justice for care workers and proper funding for the care sector

Skills for Care estimates that the vacancy rate for care workers is a staggering 9.1 per cent – more than three times the average for all jobs. [1]

Earlier this week, GMB, the All Party Parliamentary Group for Social Care released a ‘ground-breaking’ report recommending a new national care body for England with NHS affiliation, a reformed and accredited Care Certificate with a gateway to career development and a programme for workforce training. [2]

“Years of neglect has left our care sector with a disastrous staffing black hole.

“For years, care has been treated as a Cinderella service – when in reality this is a highly-skilled, vital job that we all rely on.

“It’s time that care workers are recognised as the skilled workers that they are – with decent wages, good training opportunities and a clear path to career progressions.

“Without urgent action the problem is going to get worse and worse until the whole system is at risk of collapsing.”