A MAN has been sentenced for his role in a violent break-in in Horndon-on-the-Hill.

A group of men forced their way into an address in Saffron Gardens during the early hours of 27 September 2017. 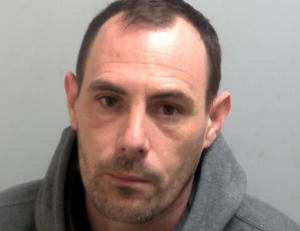 The men were all wearing masks and gloves and armed with a variety of weapons including firearms and knives.

They entered one of the bedrooms and threatened the people inside, demanding money.

They subjected the people living inside the house to an ordeal which included physical assault and threats of violence.

A man in his 30s was repeatedly assaulted, hit round the head with a firearm, struck to the hands and legs with a hammer, and burned on his hands, arms, and shoulder with an iron.

He also had a gun pointed at him.

A woman was assaulted and had duct tape put around her arms and across her mouth.

A seven year-old boy was assaulted while a four year-old young girl had a knife held to her throat and assaulted.

The victims were then put into their own cars before they were driven to a field where the men forced them out and drove off, dumping the vehicles at another location.

Nicky Cosans, 35, of Leicester Road, Tilbury was arrested in February and later charged with robbery.

He initially denied the charge but pleaded guilty on the second day of his trial at Basildon Crown Court on Tuesday 17 September and was sentenced to eight and-a-half years. He is to serve half of his sentence in prison and the other half on licence.

Investigating officer Detective Inspector Steve Nelson, from the Kent and Essex Serious Crime Directorate, said: “This was a horrifying incident where the victims were subjected to an ordeal which has been described as ‘torture’.

“Nicky Cosans was part of a dangerous and violent gang who have showed little, if any remorse, for what they have done.

“He can now look forward to joining his friends for an extended spell behind bars.

“I hope this conviction will help bring some closure to the victims.”

In sentencing Her Honour Justice Leigh said this case was on par with the worst she had ever seen saying the man assaulted “is left with permanent scars, both physically and mentally” and that the incident had caused serious physical and psychological harm to the victims.

She added: “Through good, solid Police work those inside were caught”

Five other men were jailed in January for their roles in the break-in.

This sentencing follows a previous trial into this break-in and another in Tilbury which saw six men jailed in January for a total of 127 years.