A VETERAN Thurrock Labour councillor has had the whip withdrawn pending an investigation.

Chadwell St Mary councillor Gerard Rice has been a member for many years.

YT understands that the suspension centres around a planning matter. Cllr Rice sits on the Thurrock Council planning committee.

“The Labour whip has been removed while the matter is being investigated. We cannot comment further on an ongoing process.”

As in the House of Commons, having the whip withdrawn does not prevent a councillor from attending meetings. They are not able to identify as a member of that party until the investigation is complete. 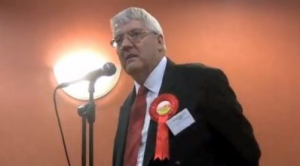 3 Responses to "Senior Thurrock Labour councillor suspended due to investigation"