ONE of the borough’s most popular and endearing groups, the TipToe Stage School, are about to take to the stage in their latest show “Dance Magic”. 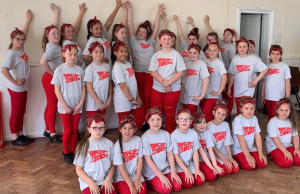 130 pupils from the school’s branches in Thurrock and Romford, will be showcasing their talents in this family spectacular on Saturday 26 and Sunday 27 October at the Towngate Theatre in Basildon.

The show promises to continue the school’s reputation of putting on high quality, innovative and engaging shows that has resulted in TipToe receiving performance requests from across the globe.

Performers will be joined by special guests from the industry, as well as local dignitaries including the Mayor of Thurrock.

Speaking about the event, the school’s Principal, Julie Barker, said: “We’re very much looking forward to returning to the Towngate.

“Everyone in the school has been working above and beyond to put on another superb show and we couldn’t be prouder of every one of our pupils – from the littlest ones to our Adult Tappers! And I say “we” because, despite the cliché, TipToe only works because of the enduring relationships we have in the school which is down to the student’s attitude and my teaching team who are, quite simply, second to none.

“It’s been another crazy year from industry recognition and awards, 100% pass rates in exams, attendance at festivals and competitions to pupils gaining parts in West End shows and film roles. We are grateful to have achieved so much.

“And after the show we are travelling to Benidorm early next year to appear as special guests at the Benidorm Palace which we are very excited about”.

Tickets for the show can be bought by visiting the Towngate Theatre’s website http://www.towngatetheatre.co.uk and click what’s on.

If you are interested in taking classes (with subject offered in all performing genres) call 07940 521864 or visit the schools’ website www.tiptoestagechool.com