THE Prime Minister’s speech in Manchester has been roundly criticised for tabling proposals that he knows will not be acceptable to the European Union, to our friends in the Republic of Ireland, or to the vast majority of voters in Northern Ireland. By doing so and refusing to ask for an extension to Article 50, he is accused of moving us full speed ahead to a damaging, no deal Brexit claims Thurrock’s Lib-Dem candidate. 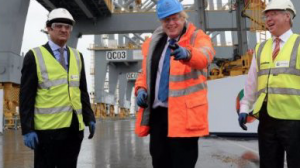 Kevin McNamara, Liberal Democrat parliamentary candidate for Thurrock, said:
“When you strip away the bluff and bluster, this was a speech by a Prime Minister who is determined to crash us out of the EU without a deal.

“Fanatically repeating ‘Get Brexit Done’ does not give any comfort to the cancer patient worried about accessing chemotherapy, the diabetic concerned about imports of insulin, or the factory worker whose job is on the line. Getting Brexit done puts their lives and their jobs at risk, and that is why Liberal Democrats are working hard to stop it.

“And usual, Labour is nowhere on the biggest issue facing the country. What do they believe exactly?

“Everybody should be asking Thurrock’s Tory MP this question: how many unnecessary deaths and redundancies is she willing to accept to deliver a no deal Brexit on October 31?”