Is Nigel Farage set to stand in Thurrock?

FOR a couple of months now, the rumours have bubbled away that the leader of the new Brexit party, Nigel Farage, will stand as their candidate as the next General Election.

Last month, a number of Brexit Party action days were organised by the Brexit Party campaign manager for Thurrock, Tim Aker. Yes, that Tim Aker, the former MEP, who stood as the UKIP candidate in the 2015 and 2017 General Elections. 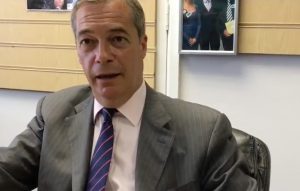 We can also see incumbent MP Jackie Doyle-Price absolutely loving the challenge of the Nigel Farage circus coming to town. The same positivity may be coming out the Labour HQ, where John Kent will also welcome quietly confident of facing such a challenge.

Let us also not forget the Lib-Dems, who will also believe that there must be a home for the 22,000 plus Thurrock residents who voted Remain.

We imagine, Mr Farage is waiting to see what happens after October 31st and may wait until the last possible moment.

2 Responses to "Is Nigel Farage set to stand in Thurrock?"