NEW figures have revealed that Southend has the highest rate of knife crime in the whole of Essex.

FREEDOM of information findings reveal that the rate of serious knife offences committed in Southend is higher than any other town across the county, despite an overall decline in the number of offences from 194 in 2017 to 138 in 2018. 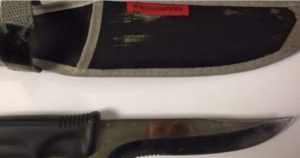 Neighbouring areas such as Thurrock and Basildon also have high rates of offences, with 84 offences in Thurrock during 2018 and 92 in Basildon.

Councillor Martin Terry, who oversees public protection in Southend, called the figures “disappointing” but said they highlight why the borough needs more resources than the rest of the county.

“The reason for this is the lack of police resources to control what is going on but it is also down to Southend’s fantastic links to London,” he said.

“People can get to and from London in half an hour and that provides an opportunity for these dreadful county line gangs.

“Southend has by far the highest population and highest crimes rates in Essex, I want Essex Police to understand that and give us the resources we need.

“I have always argued that the level of resource that we get here does not reflect that we have as many at seven million visitors here every year.”

Mr Terry went on to label parts of north Essex as “Jane Eyre country” compared to Southend, with statistics showing that they are some of the safest areas with Uttlesford having less than one crime per 10,000 people compared with Southend where there is 7 per 10,000.

Braintree and Tendring also have rates of under four per 10,000.

The data also highlights that the majority of knife offences in Essex have been carried out by white males who are between the ages of 18 and 24 but a large portion have also been people under the age of 18.

Inspector Ian Hughes of Essex Police said: “Most people are unlikely to be directly affected by knife crime in Southend but we are committed to tackle violent and knife crime.

“We carry out patrols in hotspot areas, use stop and search powers as appropriate, and gather and act on information to target offenders.

“This is part of our ongoing work under Operation Sceptre, which complements the work our officers do every day to prevent and detect crime.

“We also work closely with partners such as British Transport Police, Southend Council, and charities, and go into schools to speak to young people about the dangers of carrying knives and the lifestyle it can lead you into.

“Enforcement is only one part of fighting knife crime, as it’s a community issue that we must all work together to tackle. Our greatest source of information comes from members of the public.

If you know someone is carrying a weapon, please report it to us or encourage them to put it in to our knife amnesty bin, which is outside the front of the police station on Victoria Avenue.”

Five most dangerous parts of Essex for knife crime

The knife crime data shows that while there has been a decline in the number of offences in Essex in recent years, the number of people charged has consistently been below 25 per cent.

The most prominent crimes committed are linked to assaults, followed by robberies. The number of murders remains low with just five recorded across the county in 2018, just one of which was in Southend.

The highest number of murders took place in Basildon where two were reported.