THURROCK Council today (10 October) announced plans to build on the Culver school site in South Ockendon. The plans include the Culver playing fields, despite a residents’ petition to save them this summer. 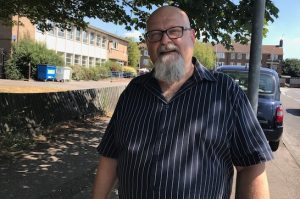 Belhus Labour councillor Mike Fletcher accused the council of failing local residents. “It’s not just that they want to replace a space that local kids play on, with 200 homes of which only about 60 will be ‘affordable’ to local people; it’s not even the pathetic strip of green they have included as a sop to public opinion; it’s the way that yet again new development is being shoehorned into South Ockendon with absolutely no regard for infrastructure. These 200 new houses will push a further 3-400 cars out on to the South Road bottleneck and the Daiglen Road HGV park.

“The Development team claim this is needed to help the council meet its five-year housing needs; if the council’s failure to build homes is not a good enough reason to build in Bulphan or Orsett, how come it’s a good enough excuse to concrete over South Ockendon?”

The council have set up a consultation process and local people have until 8 November to register their views. Cllr Fletcher urged all those who use the Culver fields, or who value the remaining green spaces in Ockendon, to exercise their right snd have a say.

Labour Housing scrutiny chair Lynn Worrall commented: “I am surprised to see the council go to public consultation when we aren’t even due to agree a basis for future house building in Thurrock until 29th October. I’ve been asking for their plans for months without success. Yet again this Tory cabinet is bypassing its own scrutiny process , ignoring requests from both the scrutiny committee and the views of Ockendon and Belhus residents”