Drug dealer snared in Grays jailed thanks to Operation Raptor

A WANTED man, who jumped through a glass window to avoid arrest, has been jailed for 30-months for dealing Class A drugs.

Basildon Crown Court heard how 25-year-old Bobby Stowers was wanted in connection with theft and also on a recall to prison. 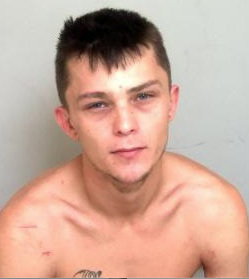 Acting on intelligence that Stowers was inside an address in Falcon Avenue, Grays on August 3 2018, officers went to the property.

Seeing officers arrive, Stowers jumped through a glass first floor bedroom window before running in the direction of the nearby Manor Way industrial estate.

Officers gave chase and as they pursued Stowers they saw him throw a Nokia mobile phone.

Stowers was tasered, detained and arrested and officers then carried out a search of the property he had run from. Inside they found wraps of Class A drugs and other drug-dealing paraphernalia including weighing scales, cutting agent and plastic wrapping. The mobile phone he discarded also contained evidence of his involvement in the supply of drugs.

Stowers was charged and pleaded guilty to being concerned in the supply of Class A drugs. He was jailed for 30-months.

Following the sentencing investigating officer PC Jonathan Kemp of the West Operation Raptor team said: “It was clear from the mobile phone and paraphernalia that we found that Stowers was heavily involved in the supply of Class A drugs.

“Unfortunately for him Operation Raptor were on hand to arrest him and, although he tried his best to escape by jumping from a window, we were right behind him.”

Essex Police set up Operation Raptor teams in the North, South and West of the county to tackle drug and gang-related behaviour.

If you have information about drug or gang-related behaviour in your community contact Essex Police on 101 or Crimestoppers anonymously on 0800 555 111.
Stowers was sentenced at Basildon Crown Court on Friday 11 October.