A prolific shoplifter has been jailed and banned from Grays town centre.

A prolific shoplifter has been jailed and banned from Grays town centre.

Darren Tubby, 46, was convicted of seven thefts, two attempted thefts, and a public order offence when he appeared at Basildon Magistrates’ Court on Wednesday 16 October. 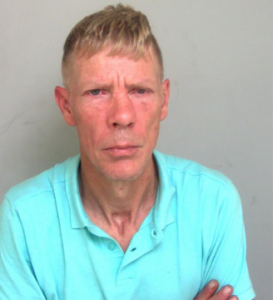 He targeted QD, Tesco, Morrisons, Wilko, Poundland, Superdry and Aldi between June and August this year. Tubby, of Canberra Square, Tilbury, was jailed for a total of 16 weeks and ordered to pay £238.34 compensation. He was also made subject of a three-year criminal behaviour order, which prevents him from entering Grays Town Centre, with an exclusion area that includes the boundary of the A126, Derby Road, Crown Road and Argent Street.

Tubby is also banned, as part of this order, from going within 50 metres of Tesco Express in Calcutta Road, Tilbury.

Sergeant Ben Forbes, of the Thurrock Town Centre Team, said: “Tubby was a prolific shoplifter whose offending was having a detrimental impact on businesses and law abiding members of the public in our town centre.

“The Town Centre Team worked closely with officers in other teams, businesses and Thurrock Council, to gather evidence to bring him to court.

“This team effort has led to Tubby being jailed and subject of a criminal behaviour order, which we hope will curtail his offending in the future.

“This result is again thanks to my officers’ passion and commitment to making our town centre a safer place. By focusing our attention on being visible, proactive and engaging, we have been able to meet this commitment and will continue to do so.”

Cllr Rob Gledhill, Leader of Thurrock Council, said: “We should not tolerate any form of criminal or anti-social behaviour in our town centres and will always work with Essex Police to make sure those blighting our borough are brought to justice and their activities halted. I am delighted that Thurrock Council’s joint work with Essex Police helped with this sentencing.

“We are providing £1million funding over four years to fund police officers in Thurrock and support specific operations such as that which led to the gang injunction. We will continue to work closely with Essex Police to ensure members of the public feel safe in their communities.”