THE Thurrock councillor whose ward includes the area where 39 people were found dead in a lorry has gone down to the site to pay his respects.

Cllr Abbas said: “We visited Eastern Avenue in West Thurrock and laid flowers for the 39 people who tragically lost their lives in such a horrific way.

We also distributed drinks/water to the amazing people who were working there all day.

“A massive thanks to the amergency service officers, volunteers and media personnel for doing brilliant work in such difficult circumstances”. 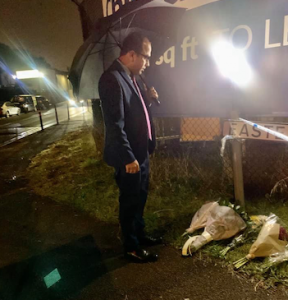