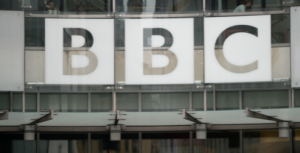 THE BBC is calling for businesses to help fund local journalism and “hold those in power to account”.

Around 150 democracy reporters were previously recruited in partnership with the New Media Association (NDA) and local news outlets.

The BBC is hoping to expand the roster of reporters and the level of local institutional scrutiny, and is arguing for outside funding.

He said: “It’s never been more important to invest in local journalism.

“The 150 reporters we’ve funded through the Local News Partnerships have made a real difference to local communities, giving people the information they need to hold those in power to account.

“Now it’s time to go further. I want businesses and other institutions to join with us so we can get even more reporters into local communities – and give people the local journalism they deserve.”

Under an expanded scheme, a cohort of new reporters would be recruited, greater scrutiny would be given to frontline services and institutions, and an outside body would oversee the programme.

It is hoped that the eternal body will be able to seek alternative sources of funding beyond the public broadcaster.

The extent of expansion and recruitment would depend on the funding secured.

NMA chief executive David Newell said: “The Local News Partnership has produced clear benefits for local journalism, and it is right for us to now look at how it could be expanded.

“The NMA and local news sector look forward to working closely with the BBC as these plans for expansion progress, building on the successes of the partnership to date.”

Reporters have so far produced around 100,000 reports for the new scheme, which allows news to be shared between the BBC and local media.

The journalists are funded by the BBC as part of its latest Charter commitment, but employed by regional news organisations.