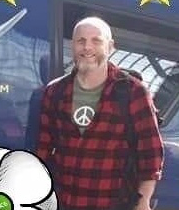 THURROCK cycling and environmental campaigner Matt Hill was seriously injured after being hit on his cycle today (Tuesday,12 November) – but he is already spreading a message about the incident from his hospital bed as he awaits an operation reports the Thurrock Independent.

Matt’s wife Caroline took to social media to report: “Matt was hit by a car and thrown off his bike this morning. He’s ok but his arm is totally shattered.

“He will be going to theatre to have it put back together. He is really angry that it has happened on a school route, and could have easily been a child.

“Even from his hospital bed he’s saying how the infrastructure has to change. He will probably be rather quiet for a while, but I’ll keep you updated on his progress.”