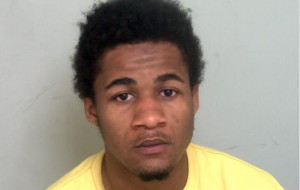 A MAN who admitted stabbing another man in South Ockendon has been sentenced to four and-a-half years in a young offenders institute.

The victim, who is in his 20s, was stabbed following an argument involving a group of men in Daiglen Drive shortly after 8pm on 3 August.

The victim sustained a six inch wound to his head which later required 14 stitches.

The incident had followed a disturbance on Broxburn Parade involving an argument between a group of people.

Daimar Roach was arrested a short time later and then charged.

Roach, 19, of Wrights Road, London E3, admitted GBH with intent and threatening a person with a blade and was jailed for three years and nine months at Basildon Crown Court on Wednesday 27 November.

He was also sentenced to nine months for unrelated drugs offences with the sentences to run consecutively.

Investigating officer Detective Constable Samantha Lewin, of Grays CID, said: “This was a violent attack which could have left the victim really seriously injured.

“Daimar Roach is a dangerous person comfortable with endangering the safety of others and carrying a weapon.

“He will now spend a significant amount of time behind bars and Essex is a safer place as a result.”

Another man, 19 year-old Samuel Greenberg, of Annifer Way, South Ockendon, had been charged with affray but was later told he faced no further action.