GE19: Open letter to Jackie Doyle-Price from a Thurrock Headteacher 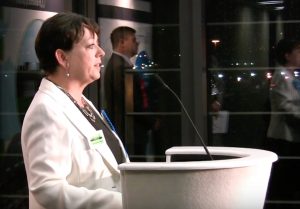 THANK you for your prompt reply to my letter asking you, as an election candidate, to commit to restore school funding. I am replying to you in an open later because I believe, at a time when so many untruths are being circulated, it is important that the people have some hard facts. Your assertion that education spending will increase by 7.5% under Conservative plans certainly sounds promising.

However, looking at the Institute for Financial Studies data you yourself have quoted it appears that spending on education has decreased by 8% in real terms since your party came to power. Therefore, you and your leader are promising, with something of a flourish, to restore funding to just below what it was when you got hold of it. Against this there has been a huge growth in pupil numbers and much of the funding has, and no doubt will continue, to be diverted to pet projects such as the free schools of which you are so inexplicably proud.

As a long serving Thurrock Headteacher I am well aware of the reality of education funding. I cannot speak with the same authority in regard to health or the police but it seems to me as an observer that the same game is being played there. After a period of real term cuts in spending big numbers are being thrown around which, on examination are not even a restoration of the funding cut in the first place. This seems to be something of an insult to the intelligence of your electorate. In schools we are judged rigorously by our performance; not our promises, and voters are entitled to judge you in the same way. This even applies to immigration which your leader seems you have now grasped in his hour of need.

Here we see the same pattern; a Conservative promise to cut immigration “from hundreds of thousands to tens of thousands” was not delivered, and targets had to be abandoned; yet we are expected to believe it will happen next time. Oxford University Migration Observatory gives net immigration in 2011 as 205,000 rising to 258,000 in 2018 and certainly not all from the EU. That is not a cut, it is in this case an increase.

There have of course been other increases; child poverty, food banks, homelessness, knife crime, I could go on; all of which are now impacting on schools, which are still left with less funding in real terms than when your government came to office.

3 Responses to "GE19: Open letter to Jackie Doyle-Price from a Thurrock Headteacher"