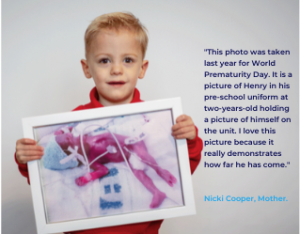 Nurse staffing on neonatal units across Britain is well below nationally recommended levels, a new report has warned.

THE annual National Neonatal Audit Programme (NNAP) measured staffing levels at neonatal units across the country for the first time. It found that just 64% of shifts are numerically staffed according to national guidelines[1]. And only 44% of all nursing shifts have sufficient specialist staff to care for the babies present.

According to new data from the Neonatal Nurses Association[2] the overall nursing shortfall stands at more than 2,200 – a concerning increase from 2015, when Bliss last reviewed nurse staffing levels.

According to the NNAP’s findings only 21 out of 53 neonatal intensive care units – which care for the smallest and sickest babies – had half or more of their shifts with sufficiently qualified specialist staff. This is particularly concerning as research shows that when these most vulnerable babies have the best outcomes when they receive one-to-one nursing care.[3]

There is also disparity of staffing levels between different neonatal networks, with Staffordshire, Shropshire and Black Country (42.8%) and South London (43.8%) networks having the lowest number of shifts with enough nurses and the Isle of Man (81%) having the highest.[4]

Justin Irwin, Chief Executive of the premature and sick baby charity Bliss, said: “This report has found that not a single neonatal network in Britain has enough nurses in post to meet the minimum standards for providing safe, high quality care – and that only a third have enough nurses with an appropriate specialist qualification. These findings add to the multitude of evidence Bliss has found in recent years which show that neonatal nursing is reaching crisis point.

“We are particularly concerned that there aren’t enough specialist nurses to care for the smallest or sickest babies who require one-to-one nursing to have the best outcomes.

“The new Government has said it will provide extra funding for 50,000 more nurses. These new findings demonstrate that the neonatal nurse workforce must be an area which benefits from this policy. This strategy must include a focus on retaining and training existing nurses, as well as creating new nursing posts to ensure services are sustainable into the future.’’

“Nurses do a brilliant work each and every day, but they remain permanently over-stretched while caring for the most vulnerable of patients – this simply cannot go on.’’