The workers keeping the motorways in Thurrock moving at Christmas 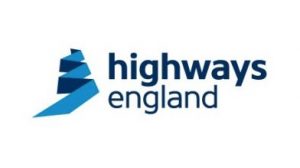 The workers keeping the motorways in the East moving at Christmas

WHILE the rest of the country tucks into Christmas dinner, a number of Highways England workers across the region will be spending the day keeping the motorway network safe and secure.

Bekki Olah, a Highways England Operations Manager, will be on-duty in the East of England on Christmas Day and is part of a dedicated team helping to keep the country moving over the festive period.

Based at the Chieveley and Milton Common outstations, Bekki has been a part of the East regional control room since 2009.

“We know that the Christmas period is one of the busiest times on our roads as people travel to spend the festive period with family and friends. Along with traffic officers, it’s our role to make sure the motorways and major A roads keep flowing to help people reach their destination safely.”

The East of England was the busiest region for incidents on the motorway network on Christmas Day last year. Highways England traffic officers responded to 108 breakdowns alone, which accounted for 31% of the total number of breakdowns in England.

Other incidents included eight collisions, four instances of animals on the motorway, 12 pedestrians entering the network and one abandoned vehicle.

“Last year, we were kept busy in the East throughout Christmas Day responding to 178 incidents making it the busiest region. However, there are simple checks we can all do to help minimise the risk of a breakdown. Basic checks like fuel and oil levels, tyre pressures and that all lights are working properly, can keep you moving and the network flowing,” added Bekki.

On Christmas Day, Bekki will be joined by her team manager, Andrew Gower, in the Regional Control Centre who will oversee operations on the roads. Bekki’s colleague, Stewart Turner, will be taking the reins on Boxing Day to continue to ensure the smooth running of the roads in the East.

Highways Inspectors will also be working over the Christmas period, checking for potholes, carriageway and gulley damage and anything safety critical that could cause a problem on the road network.

In 2018, traffic officers nationally responded to 310 collisions on England’s motorways during the four days before Christmas Day – almost half of the total number of collisions during the 12-day festive season as people made their way across the country to see friends and family.
The Friday and Saturday before Christmas were also the most common days for motorway breakdowns, with traffic officers helping 610 drivers whose vehicles experienced faults during the two days.

“Our traffic officers do a fantastic job working 24 hours a day, 365 days a year to deal with incidents on motorways as quickly as possible and keep the country moving. They’ll once again be on duty over the festive season to help any drivers who get into difficulties while travelling to meet friends and family.

“We saw a high number of collisions and breakdowns in the run-up to Christmas last year so we’re encouraging drivers to check their vehicles and not to rush on journeys to make sure they arrive safely.”

Highways England has issued five tips to avoid a breakdown while you are driving home for Christmas:

Lights: Ask someone to help you check all your lights, including your brake and reverse lights, are working properly before setting off.
Oil: Use a dipstick to check you have enough oil and prevent your engine from seizing up.
Fuel: Always keep your fuel tank at least a quarter full and fill it up to the top ahead of a long journey.
Tyres: Check the pressure and tread depth of your tyres to make sure they are safe and roadworthy.
Screen wash: Keep your screen wash container topped up so you can clear dirt off your windscreen.

Highways England is advising drivers to pay attention to messages on the overhead electronic signs and listen for radio updates during severe weather over the festival season.

Further information can be found by visiting www.trafficengland.com, following @highwaysseast on Twitter or calling the Highways England Information Line on 0300 123 5000. The latest weather forecast can be seen online at www.metoffice.gov.uk.