Thurrock Labour councillor sets out his vision for post-Brexit Britain 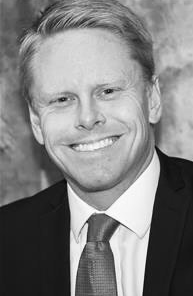 AS a life-long Labour supporter, member, activist, voter and councillor, it hurts that we have fought yet another election and suffered yet another defeat. This is our fourth election defeat in a row and equals the ignominious total of elections lost between 1979 – 1992. In simple mathematical terms, the task is simple: to move from our current total of 202 seats to the number needed for a simple majority – currently 326. A gain of 124 should be eminently doable. For sure, Labour gained 145 seats at the 1997 election under Blair and 239 seats at the 1945 election under Attlee. Therefore, it is possible in a single election cycle.

Having said all of this, our Party will not win power again without a radical overhaul. We will remain in the wilderness if we are not honest about the causes of our defeat. Our potentially unstoppable coalition of disparate voters and regions will never come back together into a coherent bloc until we accept that it will take compromises to forge a way to a parliamentary majority.

The all-encompassing Conservative slogan of ‘Let’s Get Brexit Done’ did cut through to many traditional working class Labour voters, but it doesn’t fully explain why the Conservatives gained a mere 329,881 votes nationwide between 2017-2019, whilst Labour lost a shattering 2,609,384 votes. If Brexit was the decisive factor, then it doesn’t explain why Gareth Snell and Caroline Flint (two Labour MPs who voted for Boris Johnson’s Brexit Withdrawal Deal) lost in Stoke-on-Trent Central and Don Valley, whilst Yvette Cooper (a prominent Labour Remainer) won in Normanton, Pontefract & Castleford. Labour had minus 10.4 points with strong Leavers, but also minus 6.4 points with strong Remainers. In short, Brexit was important, but not the deciding factor.

Anyone who spent any amount of time on the doorstep will tell you what came up time after time after time: Jeremy Corbyn. For the record, I have a lot of respect for him and appreciate that he is someone who has fought his entire political life for the underdog. There is no doubt that he has been the victim of a vile, personal and mendacious media campaign over a sustained period of time. However, this doesn’t take away from the fact that, when push came to shove, many people who usually vote Labour could not vote Labour this time as they did not want him as their prime minister.

In my experience, Mr Corbyn was viewed as either (a) some malign force intent on destroying our country or (b) as someone who was well-meaning but ultimately unable to deliver on his promises. Mr Corbyn was a deciding factor for many people in this election, including swathes of traditional Labour voters who have stuck with us through thick and thin in the past.

The manifesto we were offering was not enough to cut through voters’ scepticism of Mr Corbyn. The manifesto itself contained some brilliant and potentially transformative proposals. However, it lacked coherence. The just and noble socialist principle of ‘redistribution of wealth’ was seen through this manifesto as just giving people ‘free stuff.’ No one views the National Health Service (still run on the socialist lines of ‘giving according to means and taking according to need’) in this way. Yet too many people viewed the manifesto as an ever-growing shopping list that was unaffordable.

When the manifesto was published, I tweeted about the aspects of it which would be sellable on the doorstep and, more importantly, make a real difference to our country:
* Real Living Wage – bringing justice to the workforce;
* New council and social homes – delivering a much-needed rise in the affordable housing stock;
* Investment in education – encouraging aspiration for all;
* Meeting the NATO 2% GDP target – keeping our nation secure in an unstable world;
* No tax rises for 95% of taxpayers – making tangible the principle of ‘redistribution of wealth.’
Despite having these great policies, too many people either didn’t believe Mr Corbyn could deliver them or mocked us, asking whether they were going to receive their free broadband router and other assorted goodies in time for Christmas.

Moving forwards, Labour needs a leader who is seen as a prime minister-in-waiting. When electing our new leader, every member, affiliated supporter and registered supporter who can vote in the leadership election has a responsibility and duty to canvass the opinions of those who are not members, affiliated supporters or registered supporters of our Party. We are not just electing the leader of our Party, but the next prime minister of our country. Our Party may have the highest membership of any political party in western Europe, but that alone will not be enough to win a general election. We will only win if we persuade people who are not natural Labour voters to support us. This means we must elect a leader who’s appeal goes beyond the immediate electorate of the Labour Party.

Next, this person must stitch back together the diverse coalition that has the potential to deliver a healthy majority. We have to appeal to both working class blue collar workers and university educated liberals. We must talk on equal terms to the Manchester student, Teesside steel worker and Hackney nurse. We have to listen fully to the metropolitan liberal who is open to globalisation and the left-behind town dweller who feels threatened by it. When rebuilding our Red Wall in the north-east, midlands, Yorkshire and south Wales, we must remember that doing this alone will only ensure that we lose less badly next time. We have to also make in-roads into territory which is not naturally ours. Whilst it is crucial to restore trust in former pit villages, we have to also win the argument in the suburbs.

Politically, we live in the post-Brexit age. The Conservatives, for better or worse, own Brexit. With the size of their majority, they will take the credit or blame for how it turns out. There are no Remainers or Leavers anymore. The argument is settled for at least a generation at least, if not more. This gives the new leader a chance to move forward and focus on what our country needs in this unchartered and uncertain post-Brexit era. For the sake of our Party and our country, I hope that members, affiliated supporters and registered supporters will vote for someone with the potential be the next prime minister, and not a permanent leader of the opposition who can’t change the lives of those who desperately need us in government again. As we know from bitter experience, power without principle is barren, but principle without power is futile. Power with principle is what will make our country work For The Many in post-Brexit Britain.