Greggs staff to get £300 bonus after ‘phenomenal year’ 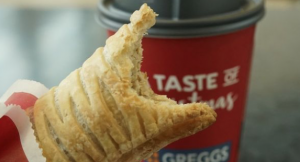 THOUSANDS of Greggs staff are set to get a £300 one-off payment after a “phenomenal year”, the firm said.

Sales growth had been helped by Greggs’ “now iconic” vegan sausage rolls and strong demand for its traditional snacks, the bakery chain said.

Greggs staff will share a £7m payment after shareholders received a £35m special dividend in October.

The firm expects underlying annual pre-tax profit to be ahead of its expectations when it reports in March.

The 19,000 Greggs staff who have been with the chain since before 31 March will get a £300 windfall at the end of January, while the remaining 6,000 will get £75 for each quarter they have worked for Greggs.

The one-off payment to staff will be on top of the profit-sharing scheme that Greggs already has, a spokeswoman said. The bakery chain already shares 10% of profits with employees, she said.

“Our record financial performance in 2019 has enabled us to enhance returns to shareholders,” said chief executive Roger Whiteside.

“I am delighted to announce that we will also be making a special additional payment to all of our colleagues across the business who have worked so hard to deliver this success in what has been a phenomenal year.”

The bonus comes a year after Greggs launched its vegan sausage roll snack, which is made from meat substitute Quorn.

Its launch has been followed by other initiatives such as a vegan steak bake and a vegan doughnut.

Greggs expects higher costs in 2020 from a boost to the National Living Wage and higher pork prices, it added.