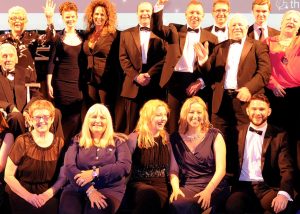 THE public vote is now open for residents to help choose the finalists in this year’s Thurrock Civic Awards.

Local residents, community groups and businesses, who were each nominated for one of the eight Civic Award categories, can now be voted for online anonymously. The public vote can be accessed until midday on Wednesday 15 January 2020, by visiting the following website: consult.thurrock.gov.uk/civic-awards-public-vote

Cllr Deb Huelin, Cabinet Member for Communities, said: “The Thurrock Civic Awards recognise the borough’s heroes who go above and beyond to help our communities. With more than 140 nominations received recognising some truly inspiring work, there is much to celebrate across Thurrock.

“I would like to encourage everyone to get involved with the public vote and help decide the deserving winners.

“I look forward to seeing our winners announced in February and hearing about their achievements in making Thurrock a better place to live, work, play and stay.”

After the public vote closes, the scores will be combined with the judging panel scores to decide the award finalists and winners. All finalists will be announced the week commencing Monday 20 January and will be invited to attend the Civic Awards ceremony on Friday 28 February 2020 where the winners will be announced.

You can find out more about the Thurrock Civic Awards at thurrock.gov.uk/civic-awards