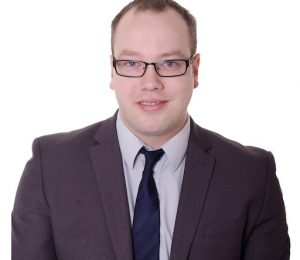 THURROCK Labour Group has expressed their shock as yet another Thurrock Independent councillor defected to the Conservatives.

Councillor Allen Mayes has switched to the Tories less than a year after promising he would represent Tilbury Riverside as a Thurrock Independent.

Councillor Jane Pothecary, Leader of Thurrock Labour, said “I’m shocked but sadly no longer surprised that yet another Thurrock Independent has crossed the floor to the Conservatives. This means there are places in the borough such as Belhus and Tilbury that have Conservative councillors despite always voting strongly against them. Frankly it’s an insult to all those residents who didn’t want a Tory councillor and are propping up this minority Tory council.

“In the run up to May’s local elections, Cllr Mayes promised not to cross the floor and to represent the people of Tilbury as a Thurrock Independent for his whole term. He has now broken that promise and got into bed with the Tories who have let down Tilbury time and time again, who have promised the closure of Orsett Hospital, decimated our community police teams and want to spend £10 million of residents’ money on an unnecessary new office for Tory councillors. The people of Tilbury placed their trust in Allen and they deserve better than this shoddy treatment.

“This is part of a broader pattern of people being elected under the banner of the Thurrock Independents, promising to put residents first and not party politics. In reality, we have now seen five former Thurrock Independent councillors sell out and join the Tories. They are no longer any kind of independent group – they only seem to be a waiting room to join the Tory party.

“If Cllr Mayes is confident Tilbury wants a Tory councillor, he should put his money where his mouth is and trigger a byelection. Sadly I don’t think that will be happening any time soon.”