Is yet another Thurrock Independent Party councillor set to defect to the Tories? 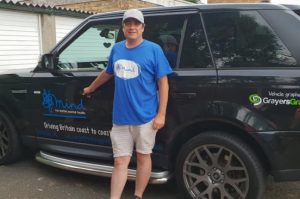 A SECOND Thurrock councillor may be about to jump his independent ship and join the borough’s Conservative ranks.

Just days after Allen Mayes announced he would be joining the Tories, Thurrock Nub News understands that Stanford-le-Hope councillor Shane Ralph is on the brink of a similar switch from the Independent Group.

Like Cllr Mayes, Cllr Ralph was elected in May last year and is in his first term of office.

He is a well-known figure in the Stanford community and played a key role in the establishment of Hardie Park as an improved facility for local residents and has undertaken some challenging and innovative fundraising ventures for local good causes – including a ‘prison break’ that saw him tackle his fear of flying and end up in Sweden and a car drive around the coast of Britain.

Cllr Ralph, who has notified colleagues of his possible defection, was approached by YourThurrock but he neither confirmed nor denied that he was about to defect.