Thurrock Council refuse to detail overspend on A13 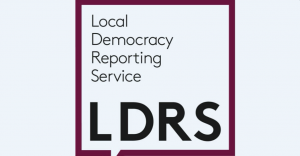 A THURROCK councillor has claimed the overspend on the A13 could be in the tens of millions but the council has refused to provide details.

A series of errors have plagued the council’s plans to widen the A13, causing them to go over budget and scramble to find the extra cash needed to allow them to finish the work.

It was originally allocated £79million and was due to be completed in autumn 2020 but when the council was asked to give details of how much it had overspent and when the scheme will be finished, it refused.

Labour Councillor Martin Kerin who chairs the council’s regeneration committee was also unaware of the extent of the overspend but said he fears it could be “in the millions if not tens of millions” and he expects “more bad news to come from this”.

Mr Kerin has also been calling for members of the council to be held to account for the errors and on Tuesday night he said Conservative Councillor Mark Coxshall, who oversees regeneration projects in the borough should resign.

The suggestion was narrowly defeated in a vote that saw two in favour and three against.

“It is beyond alarming to discover the scale of the problems which are besetting the A13 Widening Scheme,” he said after Tuesday’s meeting.

“When problems of this scale are discovered, serious questions need to be asked at the top. The question I want an answer to is this – where does the buck stops?

“I believe that the current Portfolio Holder needs to seriously question his position. This is not personal to the current occupant of the post. It is a basic question of accountability.

“The people of Thurrock deserve a response, and that response must come from the top.”

When the council was asked to clarify how much has been spent on the scheme so far and the extent of the overspend, a spokesman said: “The project is currently undergoing a review to update the anticipated out turn forecast up to completion of the scheme. Information including budget and estimated delivery will be communicated at the appropriate time.”

Among the problems plaguing the scheme have been bridge designs with safety problems, inaccurate land studies that need to be repeated and road work beginning before the designs had been completed.

The council’s spokesman said: “It is usual for preliminary works to commence on a project of this scale and complexity prior to the design being complete. Progressing the completion of the design was complicated by issues that were apparent only after construction works had commenced which is not unusual in complex schemes of this nature and revealed a need to adapt plans to ensure the project is delivered to the required standard.”

One Response to "Thurrock Council refuse to detail overspend on A13"