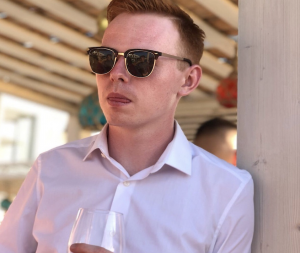 A University Centre South Essex film graduate has found success in the industry by securing employment in the star-studded sector.

Tommy Terry-Green, 24, from Wickford, studied BA (Hons) Film & Television Production at the centre’s Southend Campus. He’s now an Assistant Producer at a production company in London working with studios all over the world such as MGM, Warner Bros. and the BBC.

He’s currently working on some top secret projects including a major science fiction series and one of the biggest franchises in the world for Warner Bros.

Tommy credits his degree with teaching him the skills to enter the competitive film and TV business. He said: “It got my foot in the door. Everyone’s got a dream, everyone’s got passion and ambition, but you’ll be overlooked if you can’t do the essentials right and my degree got me over that hurdle.”

He added: “The knowledge base of my lecturers was incredible, they don’t just want you to pass for their statistics, they want you to succeed.

“This industry needs a new generation of bright, talented and ambitious individuals and this course will give you all the tools you need to succeed. The rest is up to you.”