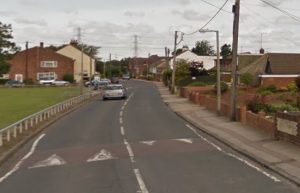 ESSEX Police are appealing for witnesses and anyone with dash cam footage following a collision in Grays which has left a woman with potentially life-threatening injuries.

A police spokesperson said: “We were called to reports a vehicle had been in collision with a house in Heath Road shortly after 10.40am today (Tuesday 28 January).

The driver, a woman in her 80s, has been taken to hospital with injuries which are described as potentially life-threatening.

“We need to speak to anyone who saw the collision or what led up to it.

“If you saw anything, have any CCTV or dash cam footage, or have any other information please call us on 101 quoting incident 329 of 28 January or Crimestoppers anonymously on 0800 555 111”.