Thurrock Council has “No plans for Brexit Day celebrations” 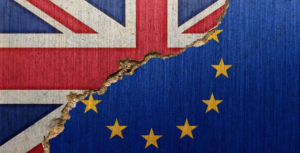 WITH just days left before the UK officially leaves the European Union, Thurrock Council has confirmed they will not be holding any celebration events.

The UK is set to leave the EU at 11pm on January 31, a move that has been strongly backed in Thurrock where 72 per cent of residents said they wanted out in the crucial 2016 referendum.

But while some staunch Brexiteers have demanded flying flags, street celebrations and a special ring of the bell on Big Ben, Thurrock Council has said it has no plans to celebrate the occasion.

A spokesman for the council said: “Thurrock Council is not arranging any specific ‘Brexit’ events for January 31, 2020. The council has not had any discussions with Government about this nor about future funding.

“Thurrock Council’s no deal preparations have been stood down, as per national instruction. The council will continue to review how future policy and statutory guidance might change and impact council services and the wider borough as more detail becomes available throughout the year.”

Southend Council also confirmed they would not be holding celebrations, which has prompted a fierce response from the town’s Conservative group who have written to the council’s top boss to demand plans are put in place.

One part of the country that will be celebrating will be London, where Government buildings will be adorned with union flags and lit up in red, white and blue, while a special light show is due to illuminate Downing Street as Prime Minister Boris Johnson delivers a speech from inside Number 10.

The London celebrations will all be complimented by a Nigel Farage-hosted party on Parliament Square and the launch of a commemorative 50p Brexit coin.