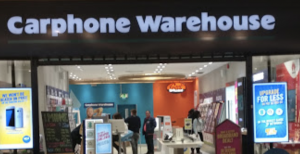 CARPHONE Warehouse is to close all its 531 standalone stores on 3 April, resulting in 2,900 redundancies reports the BBC.

The firm says the move is not related to the coronavirus outbreak, but was because of the changing mobile market.

The mobile phone retailer has shops inside 305 big PC World and Curry’s stores, and these will be not affected by the changes.

Almost 40% of staff (1,800) affected by the closures are expected to take new roles in the business, the firm said.

Group chief executive Alex Baldock said customers were increasingly buying online and from its big stores – which sell computers and TVs as well as mobiles – instead of its smaller, standalone mobile shops.

“They can’t find all this in the small mobile-only stores that are one-twentieth of the size; they’re visiting these less and these stores are losing more money as a result,” he added.

It says the move is “an essential next step” in turning around its mobile business as part of a strategy outlined in December 2018.

The aim is to return this side of the business, which will lose £90m this year, to profitability.

Talking about the job losses, Mr Baldock added: “I don’t underestimate how upsetting this news will be for our colleagues, and we’ll treat everyone with honesty, respect and care.

“But though this is by far the toughest decision we’ve had to make, it is necessary. We must follow our customers. They want help with all technology, all in one place, and this trend is only going to accelerate in a more connected 5G world.”

Dixons Carphone added that it remained committed to mobile and said customers would receive the same expert service in its big stores as in the standalone shops.

It added that it was launching a new mobile offer later in the year and everything would still be available online.

Kester Mann, from market researchers CCS Insight. told the BBC: “Carphone Warehouse has been caught in the unfortunate crosshairs of lengthening mobile phone replacement cycles and ongoing apathy on the UK High Street.

“It has been clear for some time that something had to give in its business. A greater focus on online sales is a logical move.

“With more than twice as many people expected to keep their current mobile phone for longer than their last one, footfall has declined and mobile phone retailing is tougher than ever. Carphone Warehouse had no option but to make some major changes.”