Forth Ports are ready for Brexit 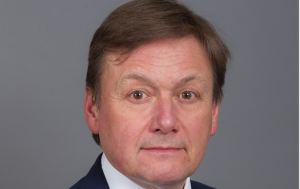 Charles Hammond, chief executive of Forth Ports, owner of the Port of Tilbury, writes about a new British port coming to market.

COVID-19 has slowed down world trade and interfered with the EU-UK trade talks, and the ripples continue to be felt through the world economy. But while global leaders are preoccupied, now is a good time to focus on progress that is being made elsewhere, and a development that will be crucial to London’s future.

In less than a month’s time, a new port will come to market. The new terminal on the outskirts of London, Tilbury2, will inject a transformational amount of ferry capacity into the south east of England.

Even as far back as Roman times, “Londinium” has been a hive of commerce and a centre for international trade. And while The City remains preeminent for law, accountancy, brokerage and other maritime business services, the docks have moved down river to Thurrock.

Since privatisation in the 1990s under the government of John Major, the Port of Tilbury has expanded its footprint four times — allowing the 130 strong business cluster to triple its workforce to 10,000, while doubling in economic value.

Tilbury2 is the latest chapter in this UK success story. And this shot in the arm for the British economy could not come at a better time. Tilbury’s owners, the Forth Ports group, are investing £250m in a new 160-acre site to create the UK’s largest unaccompanied freight ferry port and the biggest construction processing hub to feed the burgeoning domestic housing market.

Occupying the old Tilbury Power Station site just outside the M25, P&O Ferries will start operating the new terminal with significant headroom to grow their network of ferry connections to northern Europe. They expect the Tilbury-Zeebrugge route to rival Calais-Dover as a gateway to Britain within 10 years.

From wines and dairy, an increasing range of the consumable goods London’s supermarkets need will be fed through Tilbury.

Harnessing the best-in-class border processes, Tilbury2 will be Brexit match fit when the first ship docks at the start of April. Alongside other internationally oriented port operators, we have extensive experience of non-EU trade, and look forward to embracing the market opportunities on the horizon.

Tilbury2 is a high-quality addition to Britain’s infrastructure capability — and sustainability hardwired throughout. Its unaccompanied freight ferry traffic model is less carbon intensive than alternatives, by removing lorry-based road miles, avoiding large tracts of the congested road network, and taking the goods closer to the heart of the biggest consumer market in Europe.

The path to greater low carbon-based productivity gains is mapped out — from supporting the electrification of vessels to switch to low carbon alternative energy sources, to the extension of our onsite rail facilities to accommodate the longest freight trains and barge loading services to ship goods to the heart of the capital.

But there is more to do.

The Thames has enormous potential to continue to grow as a low carbon highway from the ports in Thurrock to the population in the west. Take the Corporation of London’s proposed consolidation of the markets in Dagenham, connected to the global terminals and onto consumers using the sustainable distribution of the Thames.

The Tilbury2 project concludes our £1bn investment programme we started eight years ago.

As London grows, Tilbury will continue to grow. The investment we are making today will stand the UK in good stead for the coming decade, as we recast our economic relationships.