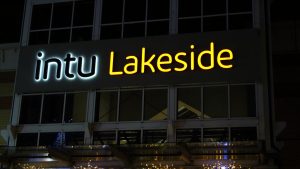 THE department store-chain Debenhams says it has struck a deal with landlords to keep most of its 142 stores open but seven stores will not reopen when the government lifts coronavirus restrictions on non-essential shops.

Debenhams, who went into administration last week, has agreed terms on 120 branches and is in advanced talks “advanced” talks on the remainder of its estate, as reports the BBC.

However, the department store chain acknowledged a “handful” more sites could be at risk.

The stores which will not reopen are:

Chief executive Stefaan Vansteenkiste said: “I’m delighted with the progress we are making with our landlord discussions, which reflects the pragmatic view the vast majority of them are taking of the current market conditions.

“We have agreed terms on the vast majority of our UK stores and talks are proceeding positively on the remainder, positioning us to reopen these stores when government regulations permit.

“Regrettably we have been unable to reach agreement on seven stores and these will not be reopening, and I’d like to express my thanks to our colleagues in these stores at what I know is a difficult time for everyone.”

BBC reported that in all, 422 employees across the seven stores will be affected and have been informed, Debenhams said.

It added that the plan to close 28 more stores as part of last year’s company voluntary arrangement remained, but the intention was there would still be a Debenhams of more than 100 UK stores.

However, despite what seems to be at least potentially positive news for the Lakeside Debenhams store, it was reported nationwide last month (12 March) that Intu Properties which counts Manchester’s Trafford Centre and Lakeside in Essex among its portfolio of sites, abandoned a £1.5bn fundraising to pay off debts a week prior.

While announcing a deepening of annual losses to more than £2bn, the company said there was now “material uncertainty” over its ability to continue as a going concern.

Intu revealed talks with its lenders to give it some breathing space and said it was examining avenues to boost its finances.

“We have options including alternative capital structures and further disposals to provide liquidity, and will seek to negotiate covenant waivers where appropriate.”