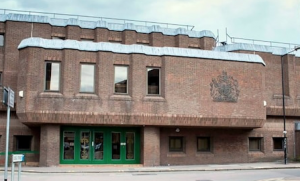 DOMESTIC abuse teams in Essex are continuing to help keep people safe while disrupting abusers – with some recent successes.

At Chelmsford Magistrates’ Court on Friday 17 April, Colchester and Clacton Domestic Abuse Investigations Team secured a five year stalking protection order against a Chelmsford man who is currently on remand ahead of a sentencing hearing for stalking, breaching a non-molestation order and wasting police time.

The order also means he cannot engage in any form of surveillance of her and he cannot create any profiles on social media and online dating using particular aliases.

There are other restrictions on his use of phones and computers and he faces further sanctions if he is to breach any of the requirements.

On Thursday 16 April, a Special Constable made his first arrested by detaining a man in Stansted.

Justin Baker, 35, of Hudgell Road, Stansted, appeared at Chelmsford Magistrates’ Court on Saturday 18 April where he was fined and ordered to complete unpaid work after admitting breaching a restraining order.

In a month period from Tuesday 17 March, they secured 30 Domestic Violence Protection Orders through the courts to further help protect victims and to deter abusers.

They have also prosecuted five men for breaching DVPOs, with one man receiving time in prison.

Their Domestic Abuse Investigation and Safeguarding teams continue to safeguard victims of domestic abuse throughout the current situation.

This month so far they have safeguarded over 320 victims, these include victims who have reported incidents to police and victims whose partners are being released from prison.

Chief Superintendent Andrew Mariner said: “There has been more spotlight on domestic abuse with people spending more time indoors with their families, partners and children during these unprecedented times.

“You may have seen plenty of images of our officers on patrol in your communities but what you may not have seen is specialist domestic abuse teams working hard behind the scenes to protect and safeguard victims and to restrict abusers – be it locking them in prison to securing orders against them.

“Our control call handlers have been dealing with domestic related 999 calls and they are also trained in responding to silent calls. If you call us and then hold 55, an operator will know you are in danger and they will be able to respond accordingly.

“We know that for many people, this particular time can be difficult for you and I want you to know that we are here to help, just like the many partners, charities and organisations that support domestic abuse victims and survivors. Please do not suffer in silence.”

COMPASS is a single point of access funded by Essex County Council in partnership with the Office of Essex Police, Fire and Crime Commissioner to support victims of domestic abuse across Southend, Essex and Thurrock.

There is plenty of advice for victims and their loved ones by visiting https://www.essexcompass.org.uk/.

They continue to urge people in the community to be vigilant and to report any information to us on 101 or online by visit www.essex.police.uk.

Please always call 999 in an emergency and remember, please hold 55 if you cannot talk to a call handler. You can also call Crimestoppers anonymously on 0800 555 111.

There are many other charities who can help you including Changing Pathways, Safer Places, Women’s Aid and Refuge.