STOPS from Thurrock Police led to several arrests for drug offences as part of Operation Spectre, which looks to tackle serious violence in Essex.

As part of Operation Spectre, Essex Police ‘use stop and search powers where appropriate and knife arches to identify anyone carrying weapons or drugs’, according to their website.

Essex Operational Support Group (OSG) and Thurrock Community Policing Team (CPT) worked together for some of the stops. 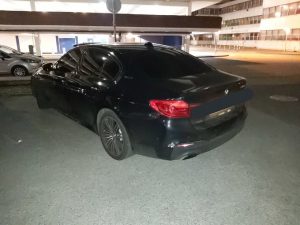 They also tweeted: “#OpSceptre patrols in #Thurrock assisting @ThurrockCPT @EPANPR when we located & stopped this stolen Mini. The driver also had no licence/insurance and failed a @DrugWipeUK.” 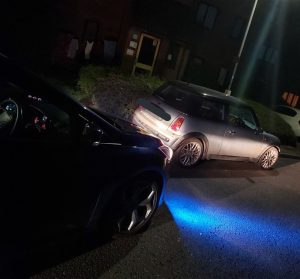 Essex OSG added: “Following an arrest tonight, and during a custody search we located various drugs hidden in the pants of the suspect!.” 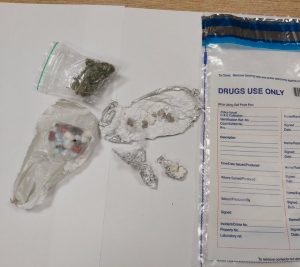 On Tuesday (Tuesday 22 April), Essex Police OSG tweeted: “Another great vehicle stop this afternoon in #Thurrock Vehicle and driver searched and this was what was found. Room booked at Custody for the foreseeable!”