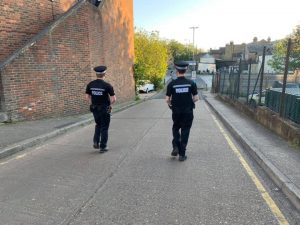 OVER the weekend, Thurrock Town Centre Team’s were assisted by Thurrock Specials.

The team has attended multiple reports of Anti-social behaviour across, the five Town centres as-well as;

– One male arrested and charged with driving whilst under the influence of drink following a stop check in Stanford-le-hope Town Centre.

– One vehicle seized, for no insurance

– Following anti-social behaviour reports in Tilbury, a group made off from officers, they have now been identified and we will be speaking with their parents next week

– One arrest, for being drunk in charge of a motor vehicle and possession of suspected class A drug.