ST.LUKE’S Hospice in Basildon has expressed its thanks to the Hobbs and Hawkins family for creating blue hearts in support of the Hospice’s campaign.

Sister’s Abby, Charlotte, Ami and their children – aged between 5 and 11 made the creations as a way to show their thanks to our nurses, who are caring for their grandad Charlie at the end of his life.

Charles O’Neil has prostate cancer and over the past two years has been supported and cared for by St. Luke’s Hospice. His grandchildren and great-grandchildren wanted to show their gratitude by taking part in the Hospice’s ‘blue heart campaign’, and are proudly displaying their hearts in the windows of their homes for all to see.

Abby, from Basildon said: “St. Luke’s Hospice has played a big part in supporting our family over the past couple of years, and now the Hospice is supporting my grandad at the end of his life. He spent some time in the In-Patient Unit at the Hospice recently and is now home with our family, which was made possible thanks to the nurses and staff at the Hospice.

“We are still receiving support through this difficult time and we’re fortunately to have nurses in the hospice’s community team come out all times of night and day. This is a really tough time and we’re hugely grateful to everyone working to care for people like my grandad. We really do thank St. Luke’s Hospice a lot.” 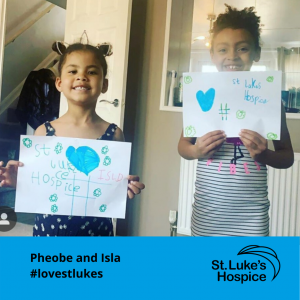 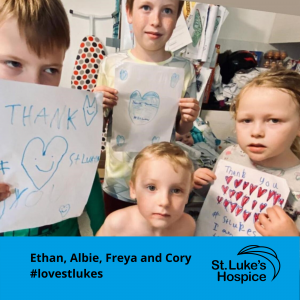 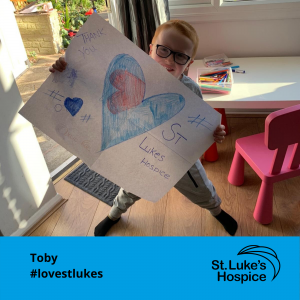 On Wednesday 8th April, St.Luke’s Hospice launched the Blue Heart Campaign, which encourages people in the community to create and share a blue heart in a show of solidarity and love.

The Hospice, which supports people in Basildon, Thurrock and the surrounding areas, asked people to place their blue heart creations in the windows of homes and businesses, sharing their efforts on social media channels using the hashtag #LoveStLukes.

Last Wednesday (April 29), YourThurrock reported how the hospice was so proud to see hearts still popping up around towns as part of the campaign.

St. Luke’s Hospice, Basildon shared this message on their Facebook page last week: “We’re still spotting blue hearts in windows all over Basildon and Thurrock, and for that, we couldn’t be prouder.

“Thank you to everyone who has made such a phenomenal effort to show their solidarity and love for St. Luke’s Hospice.”