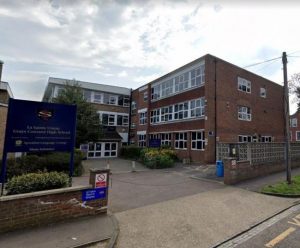 AN all-girls school in Grays has put in a planning application to build an extension that will include an expanded science laboratory and inclusion room.

The plans were submitted to Thurrock Council by the Grays Convent High School off College Avenue.

They outline how the extension will be added to the rear of the school and will help to expand an existing science lab.

It will also create an inclusion room, where children with education or behavioural needs can learn in an environment separate from the rest of the school.

According to planning documents, it will “serve changing needs of the existing school pupil role”.

The number of schools using inclusion rooms has grown significantly in recent years with research by the Department of Education finding that half of all schools in the country now have one.

The government also concluded that the rooms can offer “a halfway point between excluding a pupil and keeping them in the mainstream classroom” and allows schools to offer one-to-one support, smaller group sizes and tailored approaches to learning.

Despite the added teaching space in the school, the school’s capacity of 609 will not be expanded.

“The proposals will have a very modest impact on the effective volume of the school buildings.

“There will be no visual impact on the street scene and no effect on the adjoining dwellings amenity.”

A decision on the planning application is expected in the coming months.