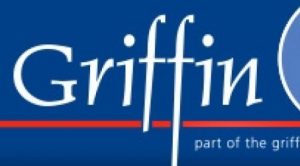 THE government has set out plans to re-start England’s housing market, which has been in deep freeze since the coronavirus lockdown.

Effective immediately, estate agents can open, viewings can be carried out, and removal firms and conveyancers can re-start operations.

Housing Secretary Robert Jenrick said the changes must be carried out under social distancing and safety rules.

It is estimated that there are 450,000 buyers and renters with plans on hold.

Mr Jenrick said: “Our clear plan will enable people to move home safely, covering each aspect of the sales and letting process, from viewings to removals.

“This critical industry can now safely move forward, and those waiting patiently to move can now do so.”

In another move to unlock the housing market, Mr Jenrick announced a series of measures for the house building sector, including:

Allowing builders to agree more flexible working hours with their local council, such as staggering arrival times to ease pressure on public transport

Enabling local councils and developers to publicise planning applications through social media, instead of having to rely on posters and leaflets

Providing support for smaller developers by allowing them to defer payments to local councils to ease cash flow
Stewart Baseley, executive chairman of the Home Builders Federation, said: “A resumption of work will play a major part in helping the economy recover, as well as delivering the homes the country needs.

“It should also provide the supply chain with the confidence it needs to accelerate its own restart.”

Mr Jenrick said guidance from Public Health England must continue to be followed. For example, anyone advised to self-isolate should continue to do so and not move home.

The new guidance includes the permission for trades people to operate in homes, provided they follow social distancing advice.

“The lockdown may have halted conventional viewings, but there are plenty of signs that some would-be buyers have used the past six weeks to window shop in earnest,” he said.

“Few things are more likely to make people want to move than being cooped up in the same four walls for weeks on end, and property portals have seen traffic increase by up to a fifth. ”

Property website Zoopla had previously estimated around that some 373,000 property sales had been put on hold during lockdown – with a total value of £82bn.

Agreed sales were running at a tenth of the normal level for the time of year, and were akin to the activity seen in late December, it said.

Spring is usually a busy time for the housing and mortgage markets.

Buyers deserted the housing market for obvious reasons just before and after the introduction of virus restrictions, which began on 23 March.

This led to a 70% drop in buyer demand over the course of a few weeks.

On the other hand, rental demand is 42% down since the start of March, according to Zoopla.