How much in allowances is Cllr Luke Spillman entitled to ? 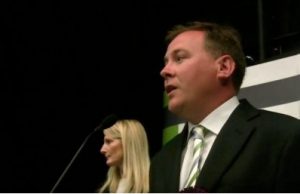 WHEN our blogger, Mr Perrin, wrote a piece on the defection by the leader and deputy leader of Thurrock Independents (TI) to the Conservative group, he made reference to the size of their councillor allowances. Mr Perrin said they were on “£8,000 plus”.

So we went to the Thurrock Council website to check our facts but when we looked at cllr Spillman’s allowances, it led us to more questions.

According to Thurrock Council, he has been paid as follows.

So what has confused us?

So we wondered, why he was paid that much?

We asked Thurrock Council’s communications team, whether they could clear it up for us?

Needless to say, there has not been a reply.

One Response to "How much in allowances is Cllr Luke Spillman entitled to ?"