THURROCK Council has given the greenlight to a massive redevelopment of a borough golf course, despite fears that it puts the authority at risk of legal action. 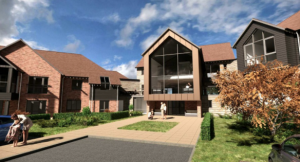 The redevelopment of the Langdon Hills Golf and Country Club, on Lower Dunton Road, would see the creation of a new golfing academy, along with a ‘health village’ comprised of a 64-bed care home with dementia facilities, apartments for independent living, and homes for care workers.

Council officers have branded the ambitious plans “inappropriate” as they infringe on the green belt and say care facilities are “isolated” from crucial support services.

Ms Robins told the committee she was advising them to make a “lawful” decision on the planning application, which is to refuse planning permission.

Any other decision, she said would not be upheld and could result in it being removed from the hands of the council and referred to the secretary of state.

But Labour councillor Gerard Rice refuted the advice claiming that a former barrister who had represented the council had made a different argument that justified members voting against officers’ advice.

The councillor, who had strongly supported the application when it was discussed in February said he had “not changed my mind”.

“We talk about positively responding to an aging population in Thurrock, lots of people in Thurrock could afford this. We are going to have a facility that has added value,” he continued.

“We are a failing authority, underperforming in all the league tables for finished units we are at the bottom of the table. This is an opportunity, if we do not take it will disappear to Brentwood or Chelmsford which would be wrong. We must grasp this opportunity.”

Conservative councillor David Potter agreed with Mr Rice and said he would vote for it as it “ticks all the boxes”.

But the committee’s deputy chair Labour councillor Mike Fletcher said he didn’t think the committee could overcome the level of objections.

When it came to a vote, meeting chair Councillor Tom Kelly along with the majority councillors voted in favour of the development.