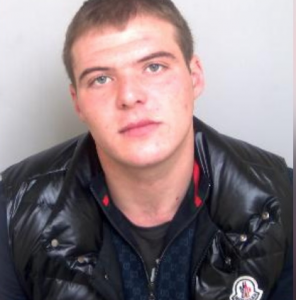 HAVE you seen 28-year-old Reni Remblance from South Ockendon?

Essex Police would like to speak to him in connection with a fatal road traffic collision in Grays during the early hours of yesterday morning, Friday 12 June.

A police spokesperson said: “We responded to reports that a white Toyota Hilux had been involved in a single vehicle collision on Stifford Hill, after leaving the road and colliding with a tree and metal railings.

Despite efforts of officers and paramedics, a man aged in his 20s who was inside the vehicle, sadly died at the scene.

“Remblance is described as being around 5ft 10ins tall and of a stocky build. This picture is a couple years old.

“If you have any information about where he is please call us on 999. Members of the public are advised not to approach him if they see him.

“Information can also be given completely anonymously to independent charity Crimestoppers by calling 0800 555 111 or visiting crimestoppers-uk.org”.