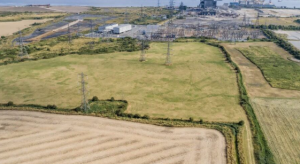 According to documents lodged with the National Infrastructure Planning, the company intends to build gas reciprocal engines totalling 600MW alongside battery storage capacity totalling 150MW and with electrical output of up to 600MWh.

The development is planned on land to the north of Tilbury substation, Thurrock.

While Penso Power has outlined plans to develop up to 150MW of storage in Wiltshire, the Minety scheme is technically made up of three adjacent 49.9MW projects.

Thurrock Power is putting the whole lot through planning in one go, hence requiring NIP approval. If granted, it will be the UK’s largest battery by some margin, though the developers of the 350MW Cleve Hill solar farm at Faversham, Kent, told The Energyst last month they may add up to 700MWh of storage to the scheme.

Statera last year struck a deal with Statkraft to bring a gigawatt of new assets into the Norwegian state-owned utility’s virtual power plant. If given the green light, the Thurrock scheme will deliver the lion’s share of that commitment.