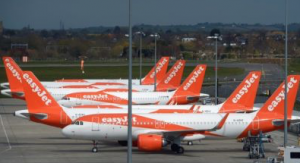 EASYJET has announced that it has begun consultations on plans to close bases at Stansted, Southend and Newcastle reports the BBC.

It follows an announcement by the airline that it may need to reduce staff numbers by up to a third because of the coronavirus pandemic.

EasyJet said the airports would remain part of its route network.

Separately, pilots’ union Balpa said it had been told by EasyJet that 727 of its UK-based pilots were at risk of redundancy.

That is equivalent to one in three of its pilots, Balpa said.

“We are committed to working constructively with our employee representatives across the network with the aim of minimising job losses as far as possible.”