Film studios in Purfleet plan: No lights, no cameras, no action?……… 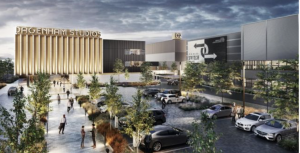 ON Tuesday, Barking and Dagenham Council had proudly announced that planning approval had been given for a £110 million film studios.

Which got us to thinking.

Whatever happened to the film studios planned for Thurrock, dubbed “Purfleetwood”?

The ideas were set into motion by the Labour administration, some five or six years ago but since the Tories took over…..

Here is the press release announcing the new studios in Barking and Dagenham.

PLANS for new Hollywood-style film studios in Dagenham, east London, have been approved by councillors reports the BBC.

The £110 million proposals include sound stages and workshops on a 22-acre former pharmaceutical factory site at London East Business and Technical Park, on Yewtree Avenue.

The project is expected to create 1,200 jobs.

The council leader described the decision to grant approval as “huge for the borough”.

Darren Rodwell, leader of Barking and Dagenham Council, added: “It gives the green light to what will be London’s largest film studio, so it’s a major milestone in the renewal of a part of London badly hit by de-industrialisation and austerity.”

There are also plans to relocate the City of London’s wholesale markets to a site nearby, he added.

“So, where once Dagenham was known for Ford’s and factories, we will be making films and a new bright new future for our borough and its residents.”