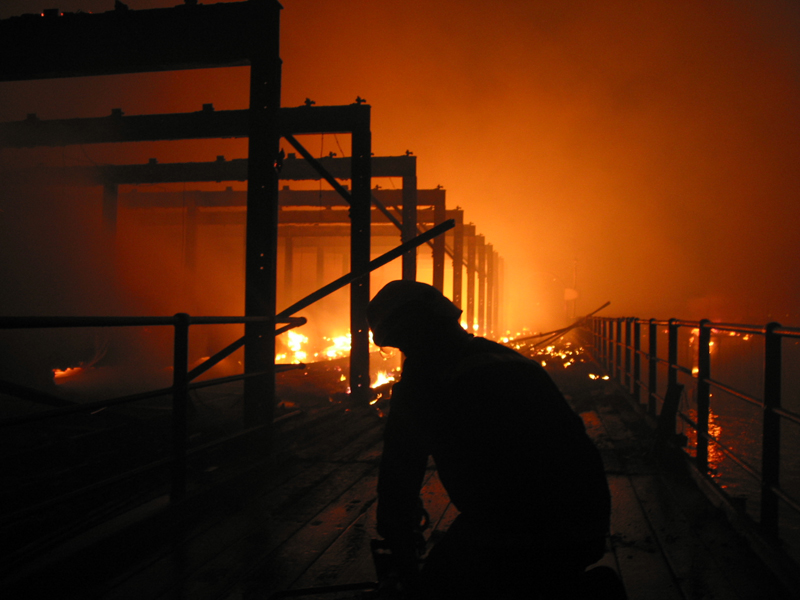 Thurrocks fire calls are answered by Essex Fire Service staff at Hutton but for how much longer. The Fire Brigade Union is very much against the moves .Nearly £40 million will be spent on nine regional fire control centre buildings before they become operational because of years of delays. The first regional fire control centres will have cost over two years in rent and other charges before they become operational in July 2010.

The nine regional fire control centres are meant to replace the 46 existing emergency control rooms the Government wants to close under a Project known as FireControl. The Fire Brigades Union says the project remains in turmoil and beset by spiralling costs, technical problems and delay after delay.

An initial six month “rent holiday” was set aside to cover the period between the buildings being completed, a fit out programme and the first fire brigades moving in. None of the new buildings will become operational until late 2010 after further delays were announced in late 2008 which was itself a delay from the original timescales of the project being finalised in 2007.

The total rental costs between the buildings being completed until the first fire service moves in are £39,953,430. The union accuses the Department of Communities and Local Government of wasting money that should be going to frontline fire services.

FBU General Secretary Matt Wrack said: “This is a scandalous waste of public money when fire brigades are looking at major cuts because of a lack of cash. What was meant to be a money saving project has turned into a financial disaster and diverted funds away from frontline services.

“They completed the buildings on time and delayed the start of rental payments to give them time to fit out the interiors. But a host of other delays have put the project years behind schedule.

“The fault lies at the door of Government. No local fire authority is responsible in anyway for anything which has happened up to now.

“Taxpayers are propping up another failing IT project because the Government is too embarrassed to admit how bad things have become. If they want to save money they should shut this Project down before it gets worse.”

South East has cost a total of £954,928 in rent and other costs from the date it was completed until February 2009. Lease commencement date: 12 June 2008. Rent commencement date: 14 November 2008. The Government estimates that on-going monthly costs are £173,668 until the date of the first fire brigade moves into the building in February 2011.