West Ham United will be fielding their entire first team squad for this game and managed by Gianfranco Zola, Grays Athletic will be one of two games that West Ham United’s first team will be playing in the UK during the pre-season.

This match will be an all ticket occasion and you will be able to purchase tickets at both WHU and Grays Athletic (details to be announced).

Entrance prices will be:
£20 Adults
£10 Concessions

yourthurrock cameras will of course be there to cover the event 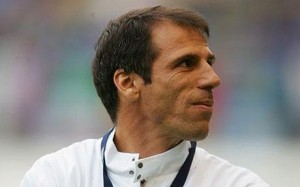