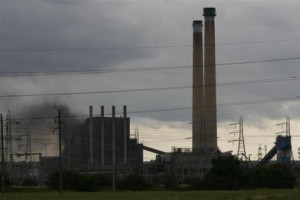 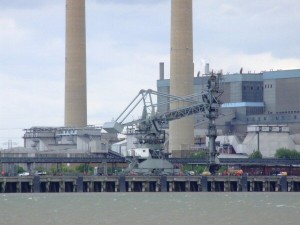 Firefighters tackled a blaze in a turbine at Tilbury Power Station.

The incident occurred around 2.50pm at the Station with the fire service on attendance soon after estimating that 25 per cent of the station was well alight.

Eight pumps and an aerial ladder platform were involved in firefighting operations.

By 5pm, the officer in charge of the incident, Divisional Officer Mick Osborne, said that crews were “winning” the battle to extinguish the blaze.

“We believe the fire was caused following a failure in the high pressure unit where the oil feeds the system, so hot oil ignited somewhere along the line.

“Crews did a magnificent job isolating the fire to where it began. It did spread to the roof of the turbine from the fifth floor where it started.

“There are no casualties as power station workers were evacuated immediately. Power to where the incident is located has been isolated.
“We are not aware of the incident causing any power cuts in the area.”

By 5.30pm, crews confirmed that the fire appeared to be out and were working with site engineers to make sure there were no hotspots, ensuring the fire is fully extinguished.

RWE npower issued the following statement about the incident:
“We can confirm that a fire broke out within the turbine hall at Tilbury Power Station this afternoon (29 July 2009) at approximately 3pm.

“The fire service had the incident under control and is remaining on site to make the affected area safe.

“All of our staff, contractors and visitors have been safely accounted for and the fire service has granted some access again to the site.

“As the station is currently off line for routine maintenance work, the situation is not impacting upon power generation.”

N Power Media Office can be contacted on 0845 070 2807 for further details relating to the plant and the incident.