Thurrock Lose Last of the Friendlies 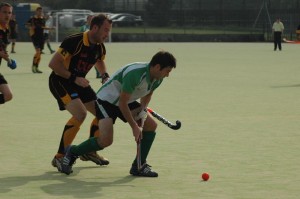 Waltham Forest 2 – Thurrock 1
This was Thurrock’s last pre-season friendly against a Waltham Forest team who were promoted last season, so they knew it would be tough. Thurrock started the brighter of the two teams with Jacob Agoro using the aerial pass at its best. Then Thurrock made the breakthrough with Dec Milane showing some good skill for Mike Murray to pull the ball back for the defender to take the ball over the line 0-1. Thurrock then began to lose the ball too easy and Waltham Forest kept up their work rate and punished them with two goals, one after the other. The second half Waltham Forest kept possession and in the heat of the day Thurrock struggled to get onto the ball, but in the last 10 minutes they dug deep and started to pass the ball and in the dying minute Matthew Lever had the opportunity to equalise but just could make contact with the ball. The man of the match was Andrew Sargeant for the third week running who had a spectacular fall over the ball, dislocated his thumb and still carried on.

Next Saturday is the first league game away to Brentwood II, push back 2 pm.

For the second week running Thurrock could only field two men’s teams, so the squad assembled for this friendly was made up of largely last season’s 3s, plus new boys Matt Skinner, Oli Smith and George Horgan. Smith and Horgan have impressed at Thurrock’s Colts and Minis training at Palmer’s on Thursday evenings, and we’re pleased to have them step up to men’s hockey.

Thurrock’s first goal came early, when Tom Madden picked up the ball from wide on the right, dribbled through the defence, and slotted coolly home from 12 yards. The opposition barely troubled T’s defence throughout the whole of the first period.

Wholesale changes in the second half didn’t seem to put Thurrock off their stride either, with notable performances from Matt Skinner and George McAllister.

Thurrock 2’s next game is their first league game of the season, home to Old De Ferrians I on Saturday, 2 pm start.

Chelmsford took the lead in the first half against the run of play with a deflected goal from a harshly given penalty corner. Nicky Pugh then equalised with a well taken penalty flick after Alison Bonner was fouled in the ‘D’ as she was about to unleash a shot when through on goal. The score remained at 1-1 until half-time and Thurrock felt that they were exerting enough pressure to go on and take at least a point from the match. Unfortunately, midway through the second half, a harshly given penalty corner allowed Chelmsford to score once again with their successful deflected penalty corner. Despite a vain effort from Thurrock ’s forwards in particular, they could not find the equalising goal. Player of the match was centre back, Mandy Pugh. If the team can maintain the level of commitment and play shown in this game throughout the season, then some pleasing results should be achieved in the East Women’s Premier League.

The team travel away again next week for a tough game against Canterbury 2’s.

As part of the player and club development, Thurrock Hockey Club have places on an Umpire’s Course on Sunday October 11. It is open to players who want to widen their knowledge, ex players who would like to return to hockey, anybody who want to become active in a sport and even ex football referees. You don’t even have played hockey. The sport has a very good disciplinary record and confrontation between players and umpires is very rare. Thurrock have three mens and three ladies teams, a thriving mini and academy section, with a varied social element involved.
The course involves tutoring on the rules of hockey from senior Essex umpires and then a written assessment. Registration is at 9 am (for a prompt 9.30 am start) and the course runs until about 4 pm (depending on how long you take to complete the exam). The practical side comprises taking charge of three matches at a later date and being assessed by experienced umpires.
The course is free and further details can be obtained from Jacki on 07762 544235.