“James Carley, one of our U18A players, tragically lost his life on friday in a car accident. As a mark of respect to both James and his team-mates, their matches have been temporarily postponed.

“Elsewhere at St Clere’s FC, a minute’s silence was held by all our teams and their opponents.

“One of our teams also honoured Jim by withdrawing their number 18 shirt for the day as that was also his squad number. There is also a book of condolence on the St.Clere’s website should anyone wish to leave a message. 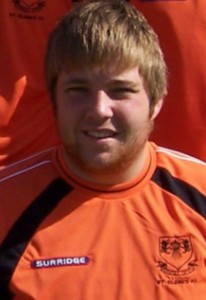 The Lions came out on top of this all St.Clere’s U10 tie to regain top spot in the league

St Clere’s were 20 seconds away from victory when Woodford equalised through a freak own goal in normal time.. Woodford then scored twice in the first period of extra-time to take a 3 -1 lead. Late, Late goals from Bearman and Klessa-Smith then saved St.Clere’s to force penalties which St.Clere’s won 3 – 2

St.Clere’s came out of this top two tussle with all 3 points courtesy of a goal from Little

St.Clere’s Saturday Team got back to league action after several cup weekends with a convincing win

St.Cleres Sat Reserves win another game to stretch their lead at the top of Division 5

St.Clere’s Sunday Team get revenge for a recent league defeat against Legends to progress in the Premier League Cup