Police are appealing for help in tracing a man reported missing from a hostel in Grays.

Peter Wade, 51, was reported missing to police on Wednesday, March 9, after failing to attend a meeting on March 7, or return to the hostel he was staying at in Charles Street, Grays.

He is described as white, 5ft 6ins tall, white short brown messy hair. Prior to living in Grays he lived in south east London.

Officers are concerned for his welfare as Mr Wade suffers from 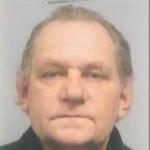 Anyone with information as to his whereabouts is asked to contact police at Grays on 0300 333 4444.