ON May 12th the athletes from William Edwards School & Sports College set out on a journey along with thousands of other schools from across the country in the first round of the National Track and Field Athletics Cup. At the end of the first stage many schools fall, and the competition is sliced from thousands to hundreds as schools progress to the regional stages.

At this point, the standard suddenly gets a lot more fierce and competitive as schools from each national region are left to fight it out as they try and score the highest team total possible to secure an elusive spot in the Grand Final.

Only twelve places remain for the hundreds of schools that are battling hard in the regional stages. William Edwards School, were one of the twelve, and sent out a clear message when they secured their place in the Grand Final when their Inter Boys team scored the second highest team total nationally!

After successfully defending their crown at the annual borough championships on Thursday 7th July at Blackshots Stadium the team used the win as a spring board, and the boys team set off on their final journey on Friday 8th July as they travelled up to Oxfordshire in preparation for the Grand Final which took place at Tilsley Park Stadium on Saturday 9th July.

With the field events first, the team started well as Tom Head comfortably won the Hammer, throwing 51.69m. Jack Dinnadge kept the points coming, improving on his previous round throw as he threw 33.22m.  In the High Jump, Ashley Sinclair held his nerve and managed to stay focused as he cleared 1.68m and George White went one better clearing 1.71m. Running into a strong head wind Nana Adjei-ampofo improved on his previous round by 20cm as he jumped 5.26m in the Long Jump. The points kept coming as Khai Riley-Laborde threw 13.95m and Ross Owen threw 11.44m in the Shot.

The team couldn’t have got off to a better start and words of encouragement were being bounced around as the more of the team went off to compete in their respective field events.

In difficult windy conditions a few points were lost in the Discus as both Gabriel Imiko and Jordan Edwards were slightly down from the previous round. Connor Gourley then lost more points as he threw 3 metres less in the Javelin from the second round! However, fresh from winning the gold medal in the borough championships two days before, Jordan Purkiss showed his fighting spirit with a 4 metre improvement from the second round throwing 36.32m! Last of all and into the same strong head wind as the long jump Robbie Calrricoats and Jordan Nicoll performed well in the Triple Jump. Robbie was slightly down from the second round but sill jumped 11.84m whereas Jordan hit a new PB in his last attempt jumping 11.19m!

As the boys all regrouped back in the stand, over the tannoy came the half way team scores. In first position, were last years winners and the favourites, Fitzwimarc School with 305 points. In second position were last years runners up Southend High School for Boys with 304 points and William Edwards were third with 285 points!

With a 19-20 point deficit to make up the boys were feeling a little deflated as they had suddenly dropped away letting Southend High leap frog them as it then looked like it was going to be a two horse race to the title. A team meeting was called, and as the boys gathered, the confidence grew back into the team as they looked around group – they knew what they had to do.

Fresh from representing the county in the 100m hurdles where he finished 5th nationally, Robbie Clarricoats and hurdling partner Khai Riley-Laborde were first to go as the track events began. Adorning their white adidas head bands the boys set the tone as they both ran magnificently storming across the line in first position in their respective heats. This was the added boost that the team needed and the mood in the camp was lifted again as over the tannoy it was announced that both Robbie and Khai ran equal times (10.7s) breaking a ten year old the championship record (10.9s)!!

After winning gold in the borough champs with a time of 5.01mins next up was team rookie Jordan Nicoll in the 1500m. Up against some of the best distance runners in the country Jordan stuck to his tactics and tucked in behind the front group. The pace was blistering from the outset and as he collapsed across the line with a time of 4.45 the belief in the team grew even stronger.

The sprinters were next to go with Ross Owen running a new PB in the 100m with 11.5s and Gabriel Imiko not far behind with 11.6s! Jordan Edwards then fought his way through a tough field in the 200m clocking a new PB with 25.4s. Jack Dinnadge had a difficult lane draw but performed well in his heat with a time of 26.3s. In the 400m both George White and Ashley Sinclair used every last bit of energy with George clocking 56.6s and Ashley 59.8s.

With only two race events remaining the team were again buzzing. Jordan Purkiss ran hard in his 800m but was slightly down from previous rounds with a time of 2.21mins. Recently appointed head boy Lewis Moore displayed the characteristics of a true leader in his 800m race as he ran the perfect race winning in emphatic style with a new PB of 2.10mins.

With another PB in the relay at the end of the competition, the boys were optimistic that they had closed the gap on the front runners – but had they done enough? As all the teams gathered on the track in front of the podium, the tension was extremely high.  In reverse order each team total was announced. With 4th position going to Northampton School for Boys with a score of 524 points all ears were on 3rd position as this is the best that William Edwards achieved 15 years ago at Gateshead Stadium.

As the team waited, the boys expected to hear their name next but what they didn’t expect was to hear Southend High School for Boys  name to be called out along side with them!! Joint runners up with a tied score of 546 points each and the favourites Fitzwimarc retaining the title with an impressive score of 564!

An unbelievable result and an unbelievable outcome. The boys closed the gap on the front runners and achieved something never done before at William Edwards School – second in the country!!

Mr Reid, head of PE and team manager was delighted with the result. “To finish second in country is a magnificent achievement. There are over 3000 secondary schools in the country and to get a team to a national final is an achievement in itself.

Furthermore, Essex is one of the hardest regions to qualify from as it boasts some of the best schools in the country. Amazingly 5 of the 12 finalist Inter Boys teams were from Essex!

The whole school is extremely proud of the boys and this has capped off another amazing year for sport at the school. This competition is one of the most prestigious in school sport and we have now made the final twice in the last three years.

Sport at William Edwards School is at an all time high and our students are even more determined than ever to compete against the best schools. The students and the staff have worked tirelessly in lessons and extra-curricular practices before school, lunchtimes and after school. We are really proud of all out students and we are already looking forward to when we return in September.” 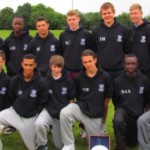 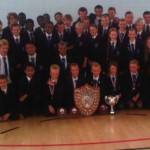