LORD HALL, the chief executive of the Royal Opera House made a special presentation to Thurrock woman, June Bull for her contribution to the Thurrock royal opera community.

June was recognised for embracing the opportunities given since the Royal Opera House build their workshop in Purfleet.

June has been instrumental in helping build scenery but also joined the community chorus appearing in productions such as Ludd and Isis.

June was also in attendance for the One Big Stage performance at Covent Garden where a number of Thurrock residents appeared on the stage alongside stars such as Gareth Malone. 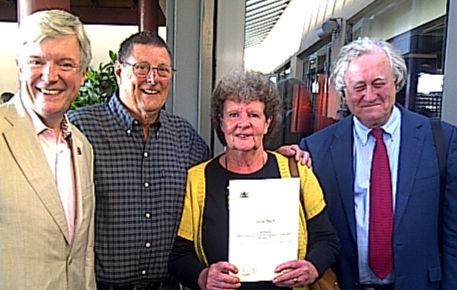